In Husum, ex-Minister for the Environment, Jürgen Trittin, praises the "success story of Butendiek" / 288 megawatt wind farm provides renewable energy from the North Sea to around 370,000 households.

The planning company and wind farm operators from Bremen, wpd, celebrated the official opening of the Butendiek offshore wind farm in the NordseeCongressCentrum in Husum yesterday with around 300 guests, after commissioning the last of 80 turbines in total making up the 288 megawatt project at the beginning of August. The wind farm can supply around 370,000 households with renewable energy.

Butendiek was completed within the specified timeframe and cost budget, and is seen as the most speedily constructed offshore project: offshore work began in March 2014 and only eleven months later, the first turbines were already feeding power into the public grid.

Together with, amongst others, Schleswig-Holstein's Energy Minister, Dr. Robert Habeck, Bremen's Senator for Economic Affairs, Martin Günthner as well as Christian Dahlke (State Government of Mecklenburg-Vorpommern), the wind farm was opened to the applause of the invited guests.

Member of the Bundestag and former Minister for the Environment, Jürgen Trittin, said in his speech: "We did not take the decision to approve the project lightly at the time. But if I look at it today, I think it was the right decision. A 288 MW power station supplying electricity with no greenhouse gases or nuclear waste, those are grounds for celebration. You are writing a success story", said Trittin in praise. He also made special mention of the fact that Butendiek had met very high standards with regard to the environmentally friendly construction of a wind farm at sea.

Schleswig-Holstein's Energy Minister, Dr. Habeck, commented as follows: "Offshore is an important cornerstone of the energy turnaround. The winds at sea are consistently strong. We must use these resources to drive the provision of power with renewable energy. The inauguration of the Butendiek wind farm shows that we are making good progress here."

Bremen's Senator for Economic Affairs, Günthner said: "The commissioning of the Butendiek offshore wind farm sends a good signal and represents an important stepping-stone for implementing national climate protection goals and achieving the energy turnaround. One thing is clear for Bremen's Senate: we will continue to fight for a reliable expansion path for renewable energy and in particular for offshore wind power."

Chairman of the Board at wpd AG, Dr. Gernot Blanke, said: “The Butendiek offshore wind farm was achieved in the record construction time of 15 months, which means it was on schedule – and also within budget. We are delighted by this success and we will contribute our experience to further projects.” 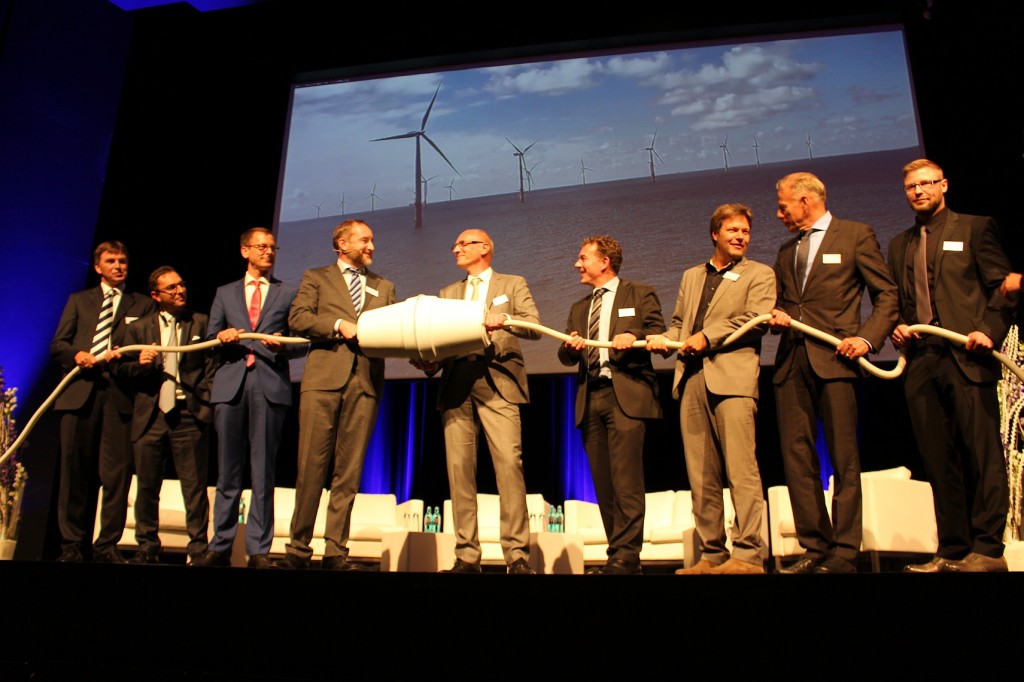